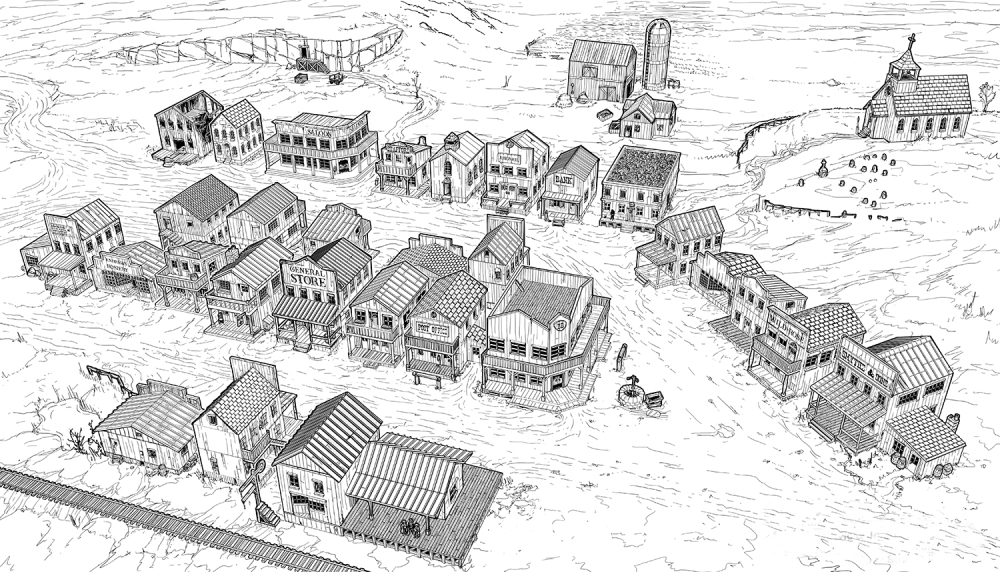 On the run from the law, The Oak Hill Gang — Butcher Cole, Louis Toadvine, and Tausin Dice — along with Security Officer Jack Kollath, card sharp Shady McCoy, and Navajo Shaman Oee-Oee-O descend into the tunnels beneath Chow Yin’s Laundry.. Joining them was the Reverend Jesse Custer who felt inexplicably drawn into their company.

Shady and Louis rigged the tunnel entrance with some found dynamite while the rest explored their environs. Eventually the group uncovered something unnerving — a cadre of serpent men and their human slaves, many of whom were recognizable as people they’d met in Smithhall. It was clear these shapeshifting lizardfolk were replacing the humans on the service.

After a harrowing gun battle, that included some nitro-glycerine pyrotechnics by Custer and McCoy that nearly sent Butcher to Boot Hill, the gang discovered a cabinet that, when unlocked by Toadvine, spirited the company deep into the Moorcock Silver Mine and a perilous confrontation with some sort of tentacled beastie.

A stick of dynamite and a hail of bullets from Dice made short work of the inhuman monstrosity and the outlaws made their way deeper into the mine only to run into another aberration — a floating head with multiple eye stalks. Butcher gunned the thing down and slinked even deeper into the mine, his companions close behind.

Finally reaching the mine headway, they stumbled upon an insane ritual. The infamous Lo-Pan, the spectral sorcerer behind the evil that has beset Smithhall, was siphoning the blood out of Gracie Law in order to become corporeal. Defended by gun-toting cultists, serpent men, Chinese assassins, and a supernatural sword-wielding bodyguard, the outlaws were hard pressed to shoot their way toward the phantom menace.

Kollath and Toadvine laid down covering fire, while Custer waded into the throng with his fists, at one point using a mining cart to take out an assassin. Dice and Shady laid down a hail of bullets, then ducked under a stagecoach named the Pork Chop Express, but ran afoul of Lo-Pan’s bodyguard.

The swordsman flew across the arena and easily threw the stagecoach clear, preparing to finish the boys beneath, but a hail of gunfire from the outlaws ended the assassin before he could do much damage, even after exploding in a burst of lightning. 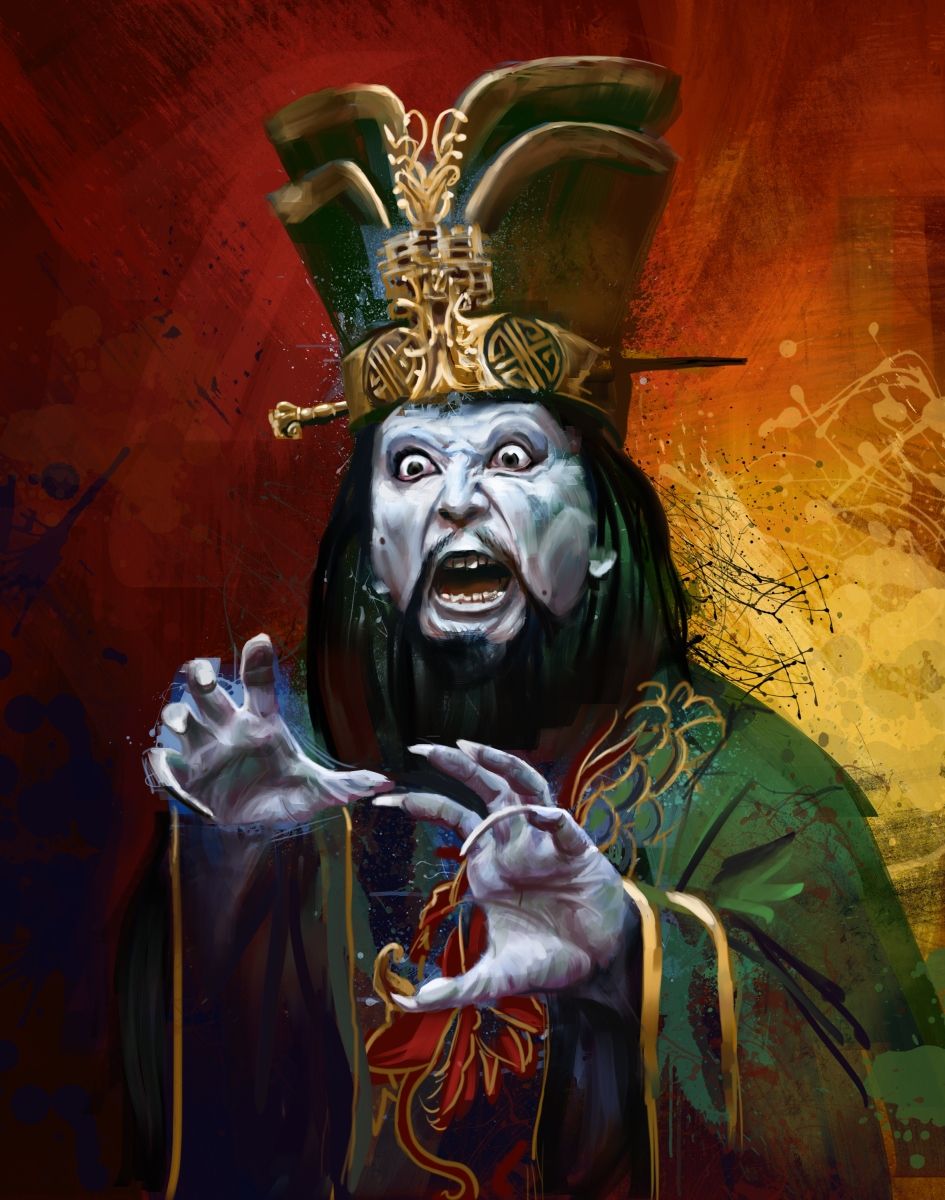 Butcher freed Gracie Law and carried her away as Lo-Pan cackled with renewed strength and the arena became filled with pulsating green light emanating from the sorcerer. Shady got his revenge with a well placed stick of dynamite and some gunplay saw Lo-Pan finished. The sorcerer’s skin began to split as green light poured out of him and he convulsed as if he were abut to explode.

The outlaws all made for a mine cart and pushed off, but unfortunately Shady was too far away to make his escape along with his compatriots. He rushed down a back shaft, passing a glowing purple sphere. He was standing between two doorways when Lo-Pan exploded, engulfing the mine in green flame. (Green Flame!) The mine collapsed as the supernatural fire incinerated everything in its path.

The mine cart, racing ahead of the expanding conflagration, was being piloted by Oee-Oee-O. He steered the cart onto a track labeled Wellman, and unable to brake the cart, crashed through the Wellman Smithy & Livery back in Smithhall. They jumped track and burst through the west wall, spilling out into the OH Corral.

“Took y’all long enough,” a voice sneered. Picking themselves up off the ground, the outlaws found themselves confronted by MacGregor and his posse that were looking for revenge against the Oak Hill Gang.

And trussed up at their feet was Bo-Jack…

“I reckon that Chinaman was right. This here Bo-Jack was worth his weight in silver after all. He’s done delivered what I wanted most, to see the Oak Hill Gang under sod.“

What? We’re not finished? Our little Western Trilogy will be back next week for a final showdown in an epilogue we can only call “The Gunfight in the O.H. Corral”.

Did Shady McCoy survive? Will our band of outlaws escape frontier justice? Why is this micro-campaign nothing but gags and homages to movies both good and bad?