This Recap was written by Connor (Abraxas)

The Hellblazers finally possess the Demon Amulet of Baphomet. Abraxas knew as soon as he picked it up that he could control the demon lord with it, and suggested that they make use of this power at once.

But before they could discuss this, Littlecrow pick-pocketed the amulet and attempted to escape, but was stunned by Akkamas, who claimed the amulet for himself. He then told the group that they should wait at the shoppe, assuming Baphomet will arrive to claim the amulet. Tim killed the traitorous imp, sending her back to the lower planes.

The party then made preparations, with Abraxas advocating that they travel to Blackstaff Tower and face Baphomet, but the others disagreed with him, believing that they should wait for Baphomet to come to them. So the wizard made use of his free time to cast a Legend Lore spell instead, while the rest of the group gathered magic items to help them against Baphomet.

After casting Legend Lore Abraxas learned that when Vecna had been removed from the timeline, his artifacts were replaced with other artifacts, maintaining balance. Thus, Ocasta the Mad (who went crazy after the death of her daughter in this timeline) stole a different artifact from the Hellblazers, a crystal known as Crenshinibon. The spell also implied that it was the Crystal Shard that raised the dead of Waterdeep, and that it was at the heart of the City of the Dead.

With this knowledge, the Hellblazers knew just a little bit more about the Winter Court’s plans. However, they still had an immediate threat to deal with. Downstairs, Waterdeep guards had arrived and began ordering customers out of the store. Tim greeted them, finding out that there was a warrant for their arrest, issued by the “Blackstaff”.

Braxton had been following Tim, but was caught off guard when a gigantic red dragonborn burst in. This was Highlord Arkhan the Cruel, Dark Paladin and Leader of Force Grey, as appointed by the Blackstaff, and he wanted blood. Arkhan said that Braxton could either come the easy way, or the fun way, and Braxton wasn’t going to go the easy way.

Arkhan proceeded to Banish Ziyal and hit Braxton with his dragon breath, while the rest of Force Grey rushed in behind him. Jone, who had been hiding in the empty conference room, remained hidden and dodged stray lightning bolts. Abraxas, Kelwyn and Akkamas were upstairs when the fight began, but they could tell it wasn’t going well.

It seemed that the Hellblazers had a single mindset, for Tim was on the move as well, making a dash for the stairs in the hopes of finding Abraxas and teleporting out of there. But Tim wasn’t alone in this, for disguised as a customer in the shoppe was Jace Ibn Alhazared, who offered help in any way he could. 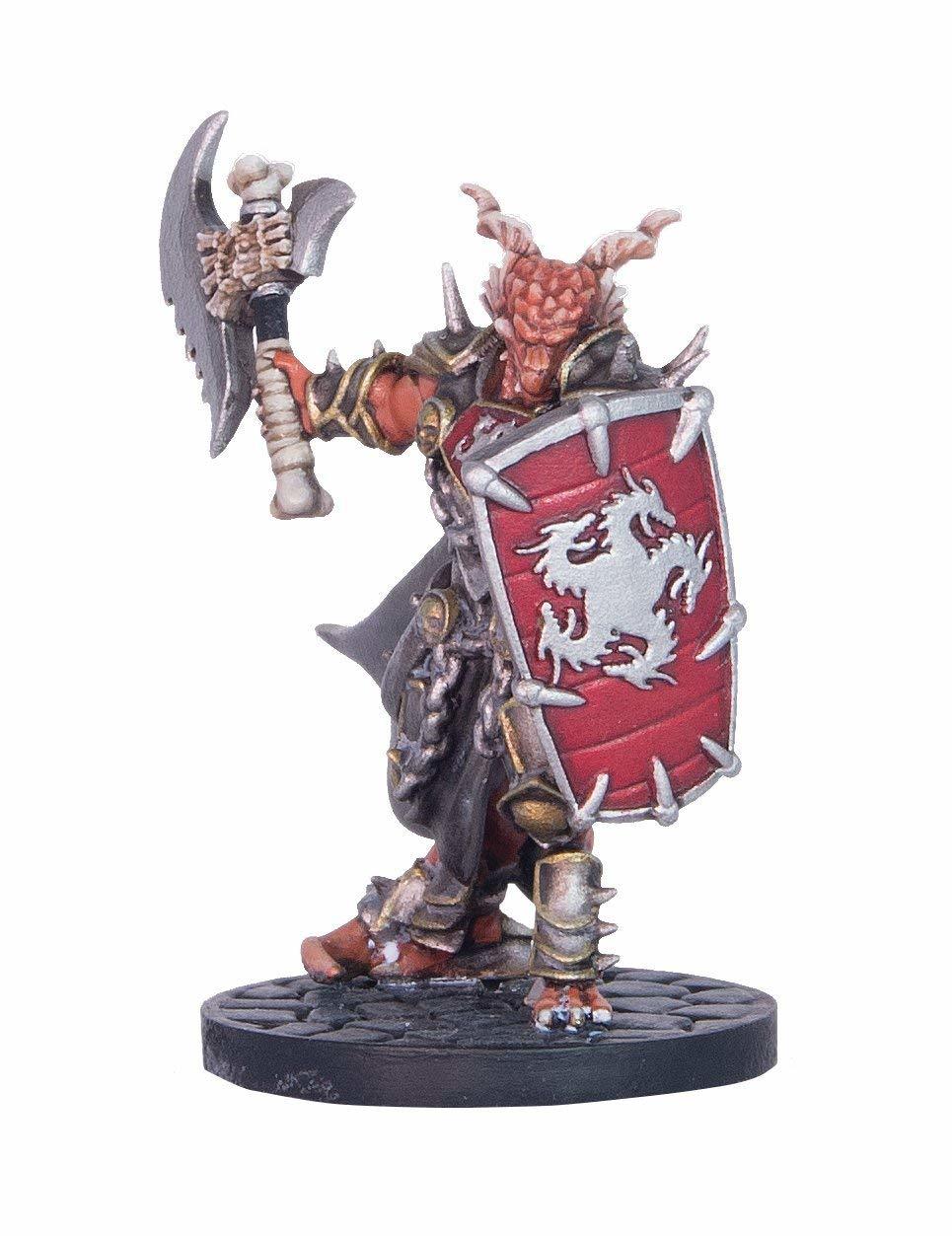 Soon Jone had teleported to the group upstairs just as Jace came scrambling up, with Tim and Kelwyn covering his retreat. Braxton meanwhile, just narrowly avoided a devastating Divine Smite from Arkhan, who whispered: “Tiamat send her regards.” It appeared the dragonborn was secretly a paladin of Tiamat, as well as an unknowing (or possibly knowing) servant of a Demon Lord. Uh oh.

Braxton was finally able to dimension door to the group, who had been hit with multiple fireballs, which had also set the building on fire. Now they waited as Tim valiantly fought back Force Grey, making his way up the stairs as the floor began to cave in. Together at last, they teleported away, while Arkhan the Cruel reveled in the carnage and bathed in the fire that engulfed Trollskull Manor…

The party appeared in Jace’s old hideout, the one where they had met long ago. There they bemoaned the tragedy that had befallen them, wondering what to do next. Akkamas had claimed the amulet, but they were far from Baphomet now, and they were still undecided on what to do once they controlled it.

“But wait,” Jace said. “How does Baphomet work with the Blackstaff?”

Then they explained to Jace that the Goat of Mendes had taken the guise of the true Blackstaff to which he replied: “Then where’s the real Blackstaff?”

“Right here,” Abraxas hissed as he looked up from his spellbook, creating a Gate into Baphomet’s realm and pulling Vajra Safar, the true Blackstaff, through. She was healed immediately and informed on what had happened to the city. As the story went, she told them that it was Lord Somerfort who had betrayed her to Baphomet, for youth it seemed, for the man they thought was the first Lord Somerfort’s son, was in fact the old man who had been presumed dead.

So the Blackstaff began making preparations to teleport the Hellblazers into the city so that they could use the amulet to defeat Baphomet, but she needed a few things first. She sent Braxton and Akkamas to the villageof Hommlet to gather a holy relic, and she sent the rest of the party to the ruins nearby in order to find another artifact. And that’s where we shall pick up next week…