Knight Fight debuted on History Channel last night and it was pretty much what I expected. Hosted by WWE’s Jay “Christian” Reso, Andre Sinou (Co-Founder and Creator of the Armored Combat League), and John Clements (Director of the Association for Renaissance Martial Arts), Knight Fight began by pitting six contestants against each other in a melee consisting of three rounds to produce two teams of two.

The combat was a “street fight” for the most part, with very little technique demonstrated by the combatants. Still it was an entertaining brawl.

Things really got interesting though once we got to the Byzantine vs Rus Viking part of the competition. In the Team Melee, Brian and Josh, Team Rus, were the clear aggressors, utilizing the Viking Shield to its utmost potential. They completely dominated their opponents, earning the right to fight each other in the Duel round.

One of the things I was pleased by was the introduction of armorers for the Team Melee and Duel portions of the competition.

For the Team Melee, the armorers helped to custom fit the warriors into their period kits.

Afterward, the competitors were allowed to adapt pieces from their historic kit and integrate it with the armor they came to play in. The armorer’s were also there to repair any damage from the previous rounds. 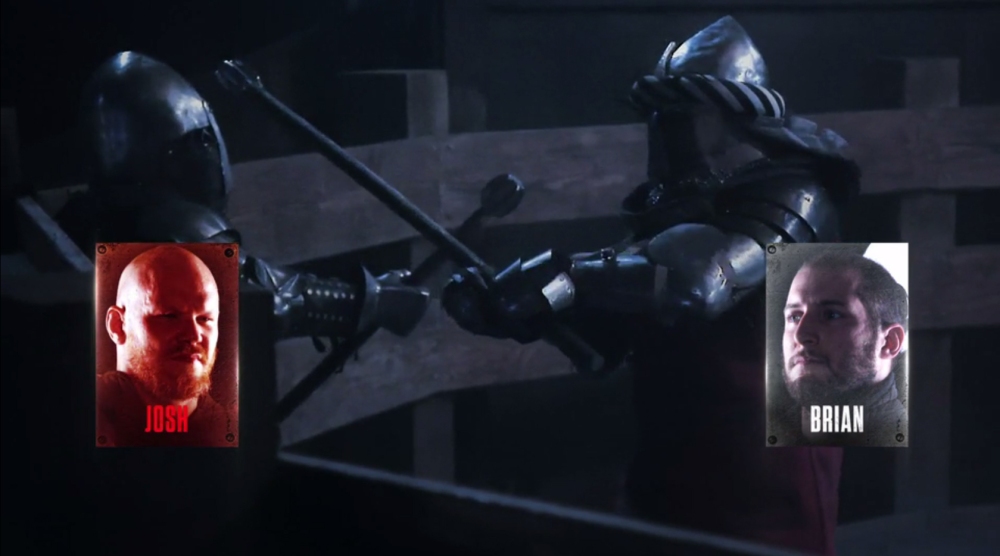 For the Duel, Brian and Josh were each armed with war clubs, with Brian Juranty being dominate in the first round. In the second round, while Josh gave a better showing, it was Brian who was the clear and decisive victor, leveling devastating blows against his adversary.

All-in-all, Knight Fight was a thrilling competition. While not on par with a joust, there is a visceral excitement to the combat and I eagerly await future installments.