The Hellblazers regathered in the laboratory of the gnome alchemist where they discovered their warlock companion had attuned to the Crown of Forgotten Sacrament, giving him the appearance of a frozen corpse.

Akkamas detailed his investigations into the crypt while they took their long rest. The warlock shared his intell and passed along items that were uncovered along the way. Learning of a secret passage used by a battle weary drow, the party discussed their options for getting past the cyclops sentry.

Creeping forth to survey the situation, they witnessed a troll approach, barking commands to the cyclops before slinking back through the secret passage. This seemingly alerted the giantess to the party’s presence.

Akkamas threw up a Wall of Ice and the party darted for the crypt hall and the secret door that awaited them. Jone found the hidden lever to open the door just as the cyclops broke through the wall. The Hellblazers made quick their escape, uncovering a set of double doors. Tim disabled an incendiary trap and the adventures opened the door to reveal a ladder that led up into a large and foreboding chamber.

The party spread out to search the room, with Tim taking interest in another set of double doors and a ruined stair. Kelwyn examined a Solar statue, Jone investigated a well-used forge (noting its missing anvil), and Littlecrow perused alchemical recipes spread out on a work table, while Akkamas and Braxton searched a dead body.

Wilbough took note of the strange circle that Abraxas had identified as summoning magic, most probably elemental. The halfling said he recognized the symbol as one used by Alhazared and spoke some strange, Crescentian words over it. Within its confines appeared a Glabrezu.

The Hellblazers questioned the fiend, learning it had been summoned by Ocasta that she might learn some vital information to her quest.

The demon agreed to answer three questions in return for them releasing him from the magical trap. The party agreed. They learned that Ocasta was searching for the Vestments of Vecna and that they were located beyond the Summoning Room, across the Bridge of Sorrows, and guarded in the Unhallowed Crypt by a Balor demon. They also learned that the Glabrezu had been imprisoned by Ocasta a full day before.

The Hellblazers released the fiend and made haste, climbing the ruined stairs and entering the Summoning Chamber beyond. Here they found another summoning circle with a blind Goristro demon trapped inside.

Beyond a portcullis lay the Bridge of Sorrows. They could see the Balor demon awaiting them in the ruined crypt. Abraxas boldly walked toward the fiend, unfazed by the crackling flames of its sword and whip. The demon took flight, landing on the bridge and the wizard conjured a Tanarukk demon behind it as a distraction.

Tim took note of a sewer fifteen feet below the bridge and a descending stair. He dropped below, with Kelwyn and Jone soon following after.

Meanwhile, Wilbough had released the Goristro and, climbing atop it, steered its horns to send it racing toward the Balor. 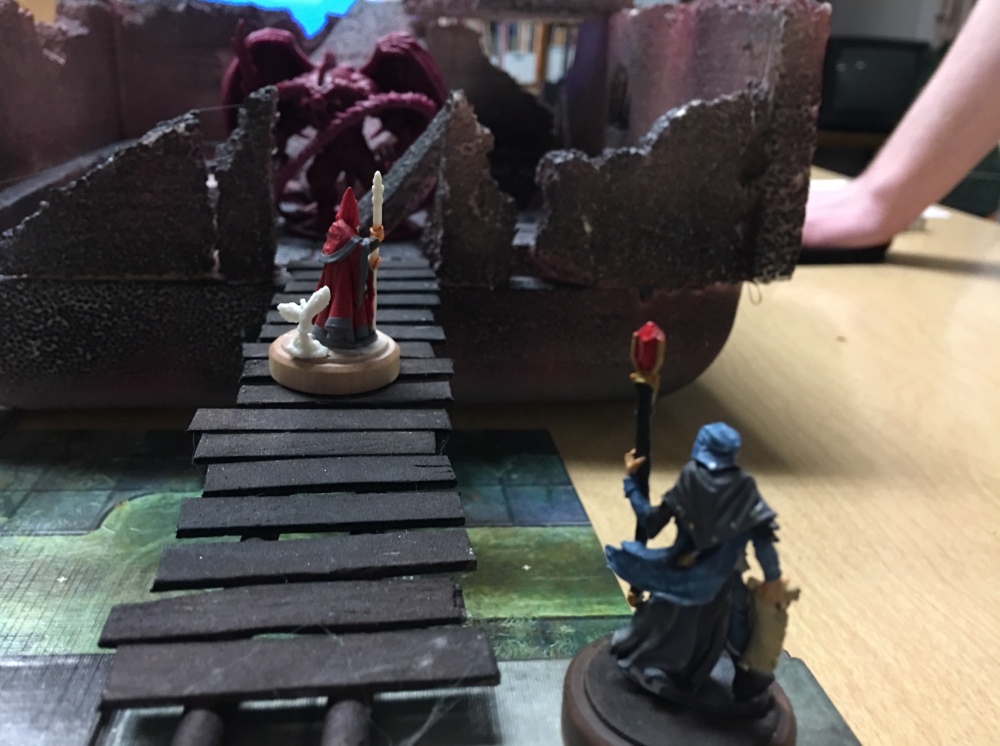 Akkamas engaged the Balor demon allowing Abraxas, who had cast Drider Climb, and Littlecrow to slip past the fiend and search for the Vestments, but they had already been taken by Ocasta.

Wilbough leapt from the Goristro to the sewer below, sending the fiend plowing into the Balor, helping to preoccupy the demon while the party all made for the descending stair, plunging them deeper into the bowels of the Undermountain, hot on the trail of the Mother of Inventions. 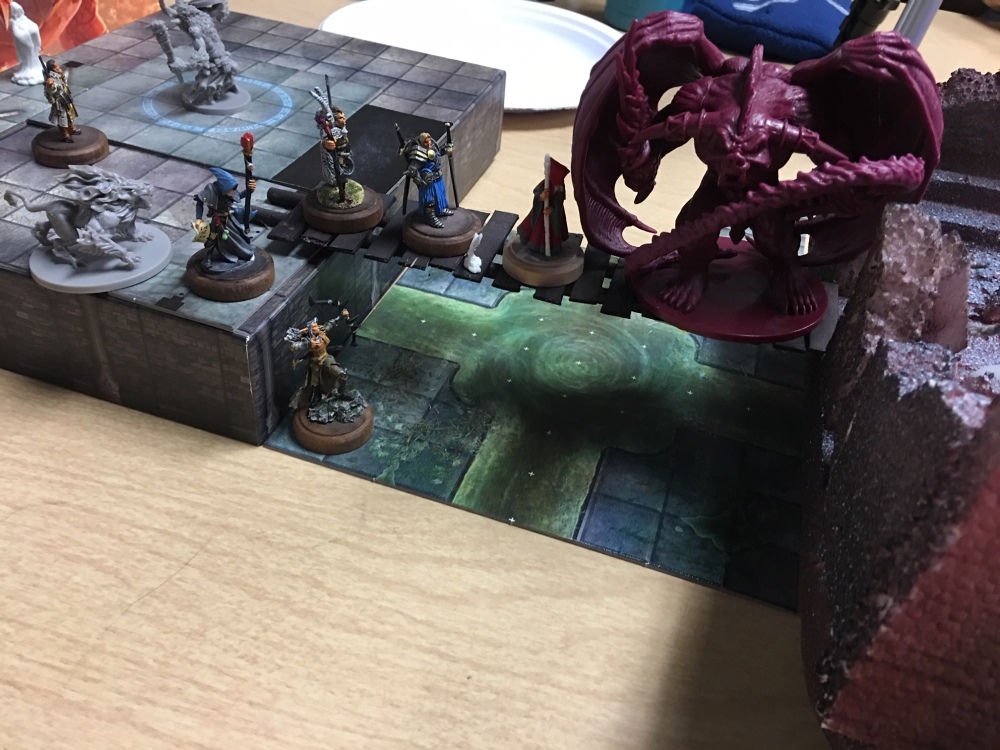