The Hellblazers make preparations, undertaking various personal tasks in anticipation of their delve into Undermountain, on the heels of Ocasta and her allies. Returning to the Temple of Dagon in Old Town, they stumble upon a curious scene — a cleric chanting before a crimson pool, above which a maiden spirals in a macabre dance several inches above the lapping waters. Surrounding them, warriors standing at the ready.

As the rest of the adventurers stealthily positioned themselves, Abraxas approached, disturbing the cleric and breaking her concentration. The dancer was suddenly plucked from the air and into the depths of the pool as a beholder rose up from the depths.

The aberration’s eye stalks made short work of the cleric’s bodyguards, disintegrating several. Abraxas struck the beast with a witchbolt, severely wounding the creature, but the beholder retaliated, petrifying the wizard.

The rest of the party surmised the crimson pool was a portal. Akkamas, Wilbough, and the cleric jumped in, past the fell creature, while Braxton, Jone, and Tim got Abraxas‘ body onto their flying carpet, narrowly escaping into the portal before the beholder could finish them off.

The dimensional passage  deposited them all into the ruins of the Yawning Portal. They made their introductions to Arianna, a priestess of Dagon, who explained her role in opening the doorway from the ruined temple to Durnan‘s inn — being the only means Ocasta had for bypassing the innkeeper’s magical protections against her from entering.

Arianna agreed to assist the Hellblazers in their endeavor to stop Ocasta, mindful of her part in allowing the Mother of Inventions to get closer to her goal of taking the Hand of Vecna into Malhavok‘s Lair on the 18th level of Undermountain. The cleric healed the wizard and the party descended into dungeon lair of the Mad Mage. 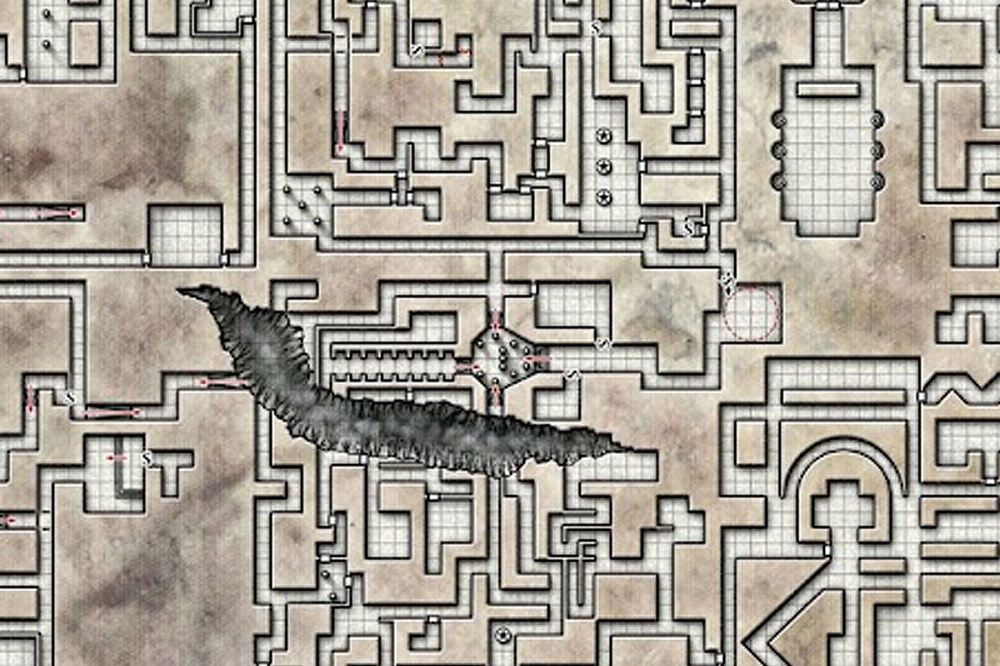 The party made slow progress, but found along the way a secret passage that held the fabled Sword of Kas. The discussed their plans going forward, opting to use the flying carpet to descend to a lower depth through a rift in a nearby corridor.

Their adventure ended for the night on a somber thought — who would choose to wield the Sword of Kas?