Our third weekend and we get to one of my favorite questions — what art inspires your game?

I think every campaign ends up with a particular artist’s stamp. Sometimes it’s a series of artists from a milestone time period that instructs. It’s not always evident at first, but over time, it develops.

We are currently in our fourth campaign since 2013. In the first “Enochia” campaign, it was Daniel Horne who sparked that inspiration. I had a portfolio of his D&D work in my old DM folder and so it was those images, as I built that reunion game, that informed my imagination.

For our second campaign, it was the brilliant art of Jeff Easley that captured my attention as I built what was to be a three year epic that took our players from 1st to 20th level.

We followed that up with a shorter campaign with a skeleton crew of players. For it, I drew inspiration from Keith Parkinson.

For our current campaign, only seven sessions in, but I have been looking more and more to Larry Elmore. Dragonlance, in particular, has been on my mind of late, and though the books are not directly informing the plot path of the narrative, it is that art that seems to be speaking to me as this new story unfolds. 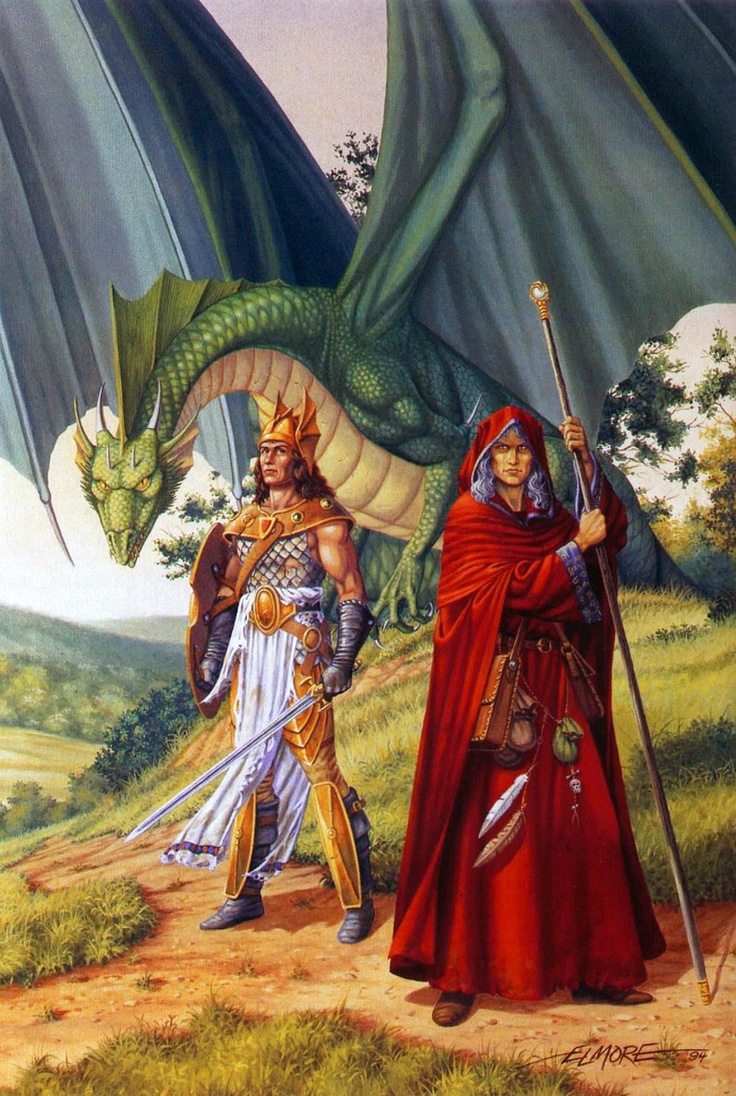 But if there is one artist in all that world that inspires me wholeheartedly, especially in terms of how I approach running Dungeons & Dragons, it is Frank Frazetta to whom I most often turn.

Nobody, and I mean nobody, captures raw, visceral energy on canvas the way Frank Frazetta did. He was a master and his works are imprinted on my soul.