It was a rough week for the Oak Hill RPG Club family.

Mike lost his mom shortly after our Monday night session and he flew home from his Ireland vacation for the funeral on Saturday.

As I made plans to attend Mrs. Duncan’s visitation on Friday night, I got word that my dad (and Connor’s grandpa) had taken a turn for the worse. He passed just before midnight.

Meeting up at Mrs. Duncan’s funeral on Saturday, Mike and I, along with Steve (who had driven down from Chicago), made plans to play D&D on Sunday evening. I decided to make this one a little bit special.

Driving out to our old stomping grounds, we slung dice in the rain in a battered old shelter house on the shores of the Mississinewa Reservoir. Mike and Steve hadn’t been there in 35 years. It was nothing short of magical. 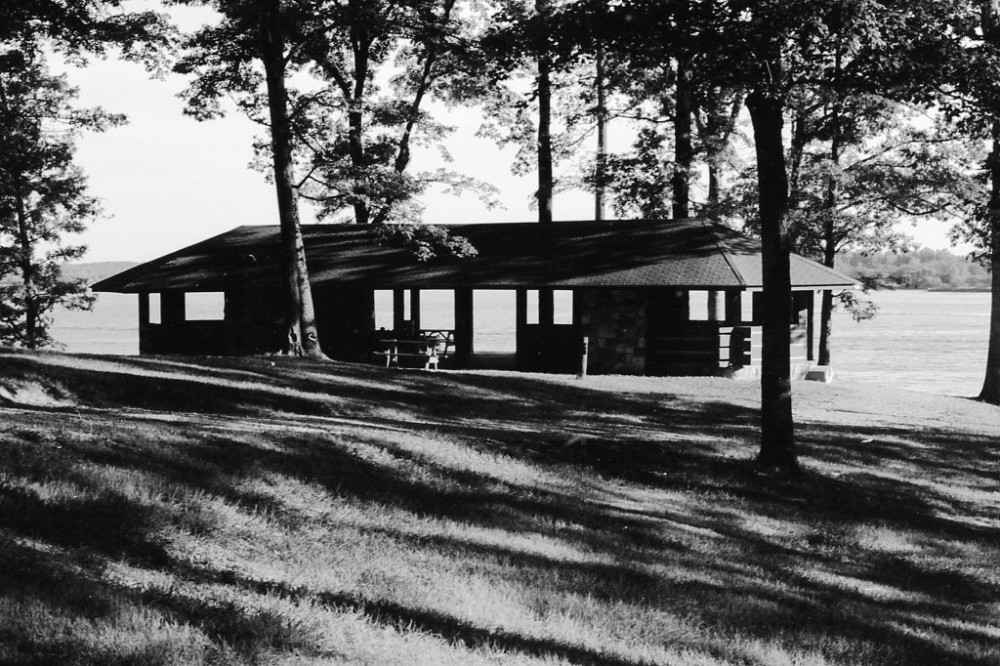 Set but a few days before our first game session in the current campaign, our story began in the town of Daggervale.

Akkamas, a charlatan warlock, uncovered information that House Devonstead, rivals to House Chabbone, were preparing to purchase a valuable artifact that would drastically change the balance of power in the region.

Akkamas offered this information to Halbert Chabbone, the family patriarch, for a price. Intrigued, Chabbone hired Akkamas to steal the object, with the assistance of Halbert’s son, Braxton, a Spellbound Sorcerer.

The pair made their way toward Daggervale Cemetery where the object was reported to be interred. On the way, they met a wandering monk named Helmeister who was searching for his lost oxen. Agreeing to recover the beast should they happen upon it, the monk gifted them with two healing potions.

They proceeded toward the cemetery, intent on first stopping by Potions in Motion for more healing, in case things turned south. Instead, they ran into the barkeep of Knife Inn the Back. From him they learned a woman named Elspeth was hiring sellswords to guard the cemetery as a clandestine transaction was set to take place. Not finding what she was looking for, she moved on to The Pox on the Hound, a notorious gambling establishment in the seediest part of town.

Our heroes entered The Pox and sat down to play a game of Matches with Elspeth and an unnamed bard. Akkamas fared quit well, raking in a fair amount of coin, as he and Braxton talked their way into Elspeth’s employ and for a considerable sum.

They were charged to meet in two hours at the cemetery, hired to guard the cemetery gate. They took their leave and headed to Potions in Motion where they bought three healing potions on House Chabbone credit. Upon leaving the establishment, the bard attempted to rob them, having followed them after they left, with heavy coin purses, the Pox.

The pair dispatched the bard easily, also killing a sellsword who turned out to be in the employ of the true mastermind behind the operation, a roughhouse merchant who was traveling with two men-at-arms and a man weighed down heavily by a backpack. After a tense conversation, Elspeth arrived and all was set right and the entire party made their way to the cemetery.

Braxton and Akkamas watched closely as the merchant and his compatriots unlocked a crypt and entered for a short time. Upon leaving, the man with the backpack was unburdened. The artifact had been delivered. They accepted their payment and parted company. Knowing the artifact was not to be transferred into House Devonstead’s hands until the following night, our heroes decided to come back at a later hour to steal the artifact and deliver it to House Chabbone as contracted.

Knowing they would need a thief to gain entry, the pair met a cutpurse in the Knife Inn the Back, Avis, and hired him to pick the crypt lock. The three waited until the moon overhead slipped behind the clouds, then reentered the cemetery. They found the chain locking the gate had been severed, presumably by a magic blade of some sort. In turn, the crypt was also open, and inside, the artifact was nowhere to be found. A careful inspection revealed a clue: a Dreigotter amulet, obviously dropped by one of the thieves.

This sparked a memory in Avis, who had seen a party of Dreigotter clerics in the Knife earlier. He overhead them making plans to deliver the item to the High Kirk of Our Mother at Rest, an abbey just outside of Daggervale, where it would be transferred into other hands for delivery to the Shadow Kirk in Hommlet. Avis also overheard them say that the clandestine couriers would be camping in the ruins of the Tower of the Sacred Flame.

With this knowledge, the pair crossed town to inform Lord Chabbone of this development before setting out for the ruined tower in hopes of meeting up with these unknown plunderers.

To know what happened next, read Horsing Around.